The purpose of this paper is to get the best of the Intel Core i7 revision 920/C0 by overclockling its frequency with the benefits of less power comsumption and thereforeless heat dissispation and less noise.

The CPU frequency is set during system boot by multiplying the Base Clock with the CPU Ratio.

Although, and thanks to the Turbo mode technology, a ratio of 22 can be permanently locked when one and only one of the four cores is activated. See BIOS [*Active Processor Cores]

The alternative is to play with the base clock ranging from 133 Mhz up to 200 Mhz and beyond.

However you will notice that increasing the CPU frequency implies an increase of the voltage required by the processor, and thus a raise of its heat dissipation.

For instance, setting in the BIOS of the Rampage II GENE motherboard a base clock above 152 Mhz automatically generates a voltage of 1.24V, even when the system idles.

As shown bellow, the BIOS trick is to set the parameter CPU Voltage Control to the value [Relative Offset].

Using BIOS release 1307, we have then been able to reach a base clock frequency of 175 Mhz with a 1.05V voltage when system idles and arround 1.25 V during load. 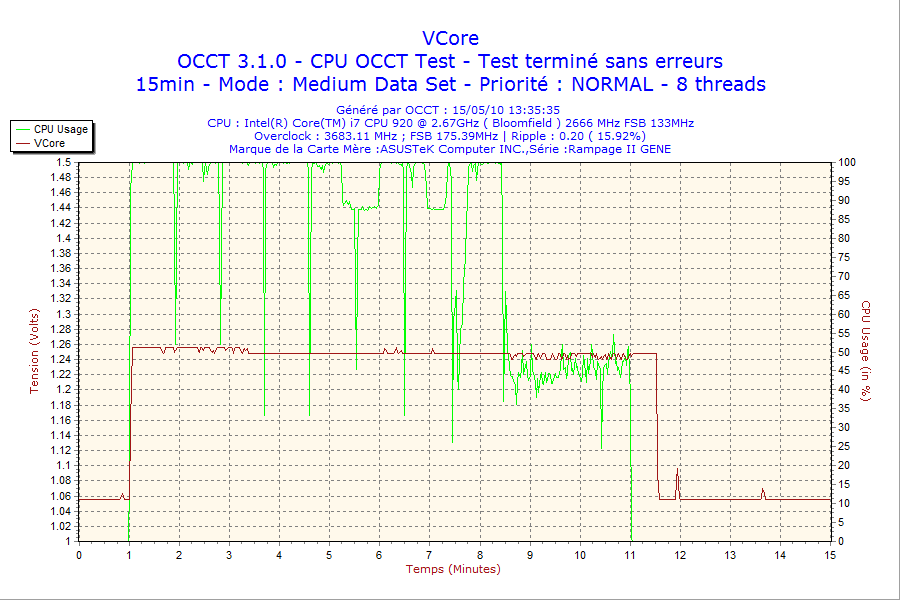 You might also notice that the IOH does not automatically adjust to its minimum voltage and remains arround 1.17V.

Constrain to the value [1.11341] corrects the proper voltage and thereby helps to decrease the heat of the Northbridge chip up to 58°C 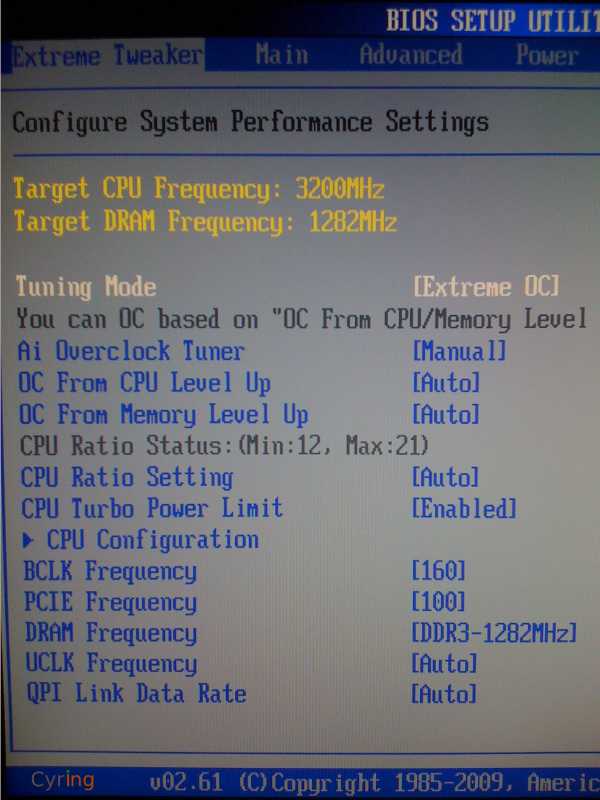 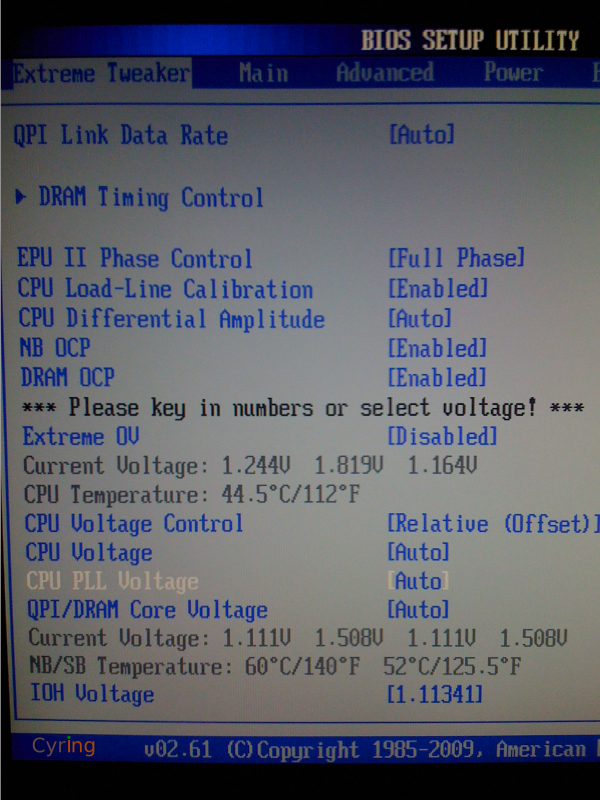 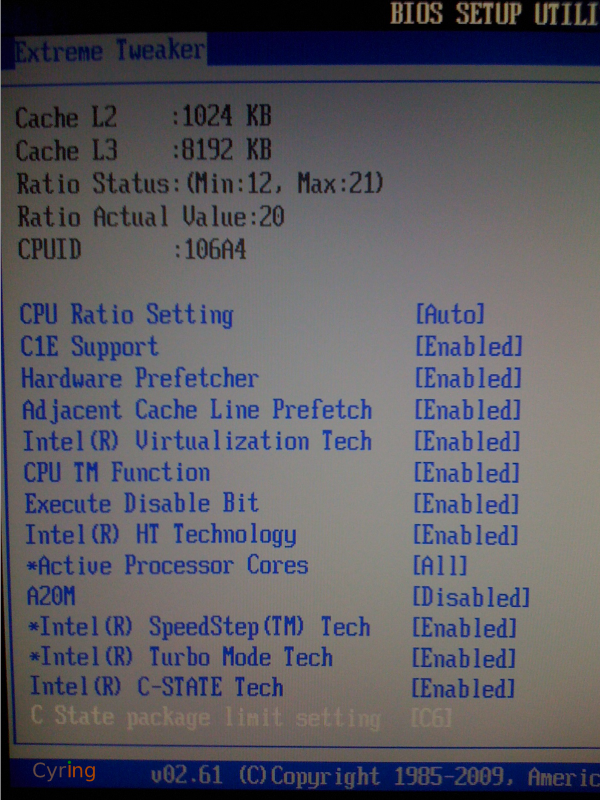 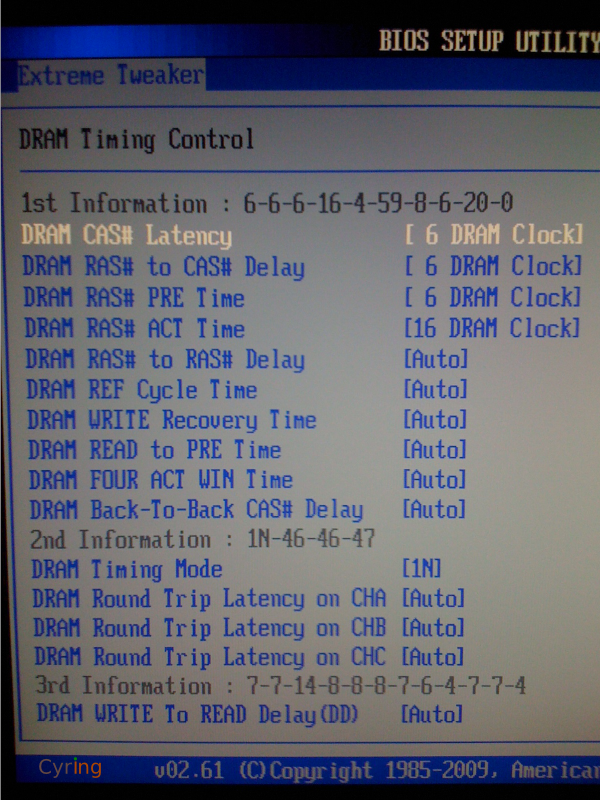 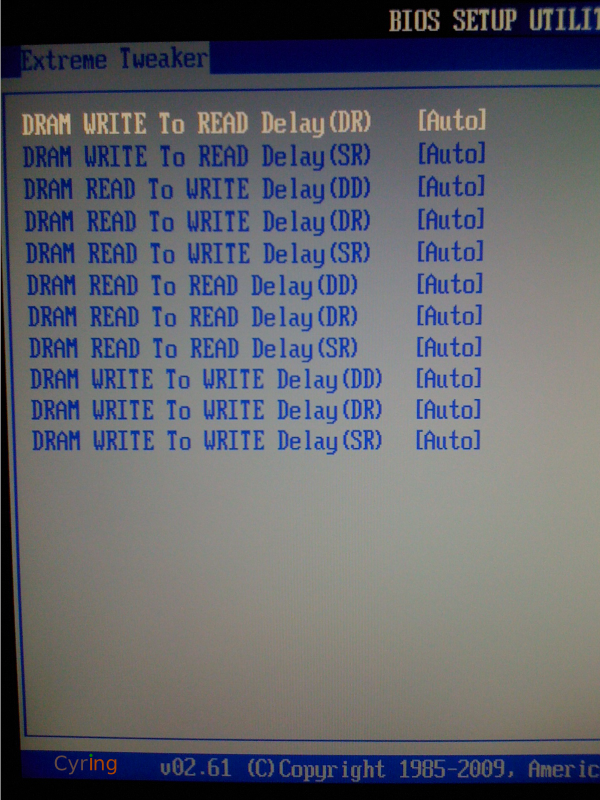 Leave the other timings to Auto 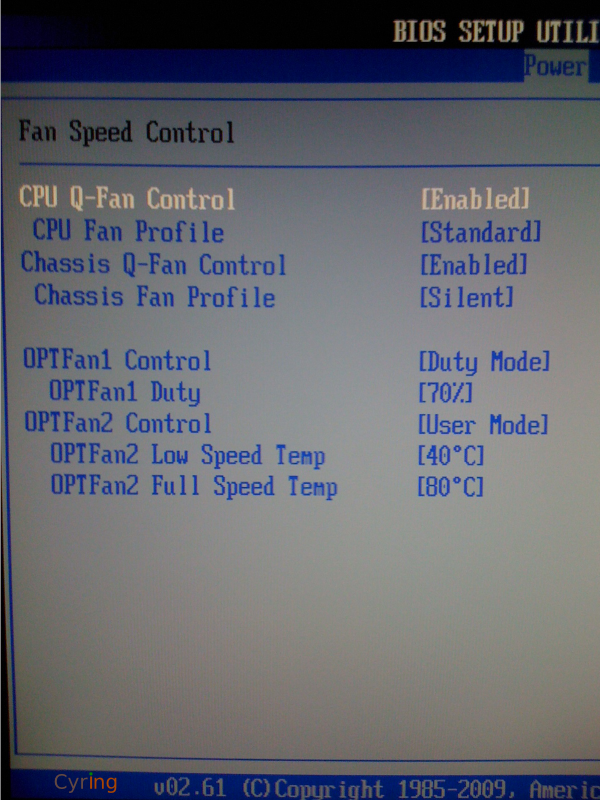 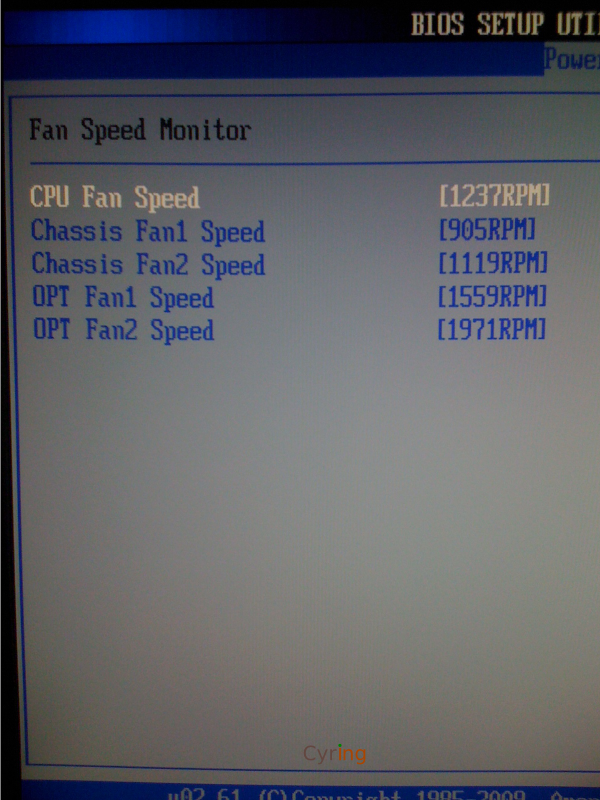 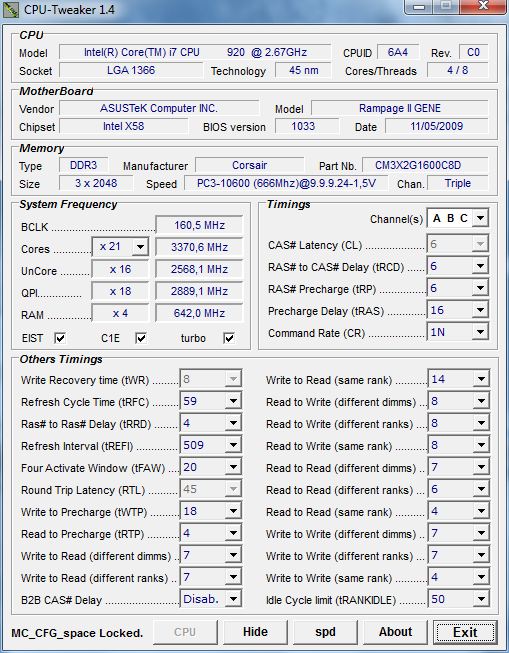 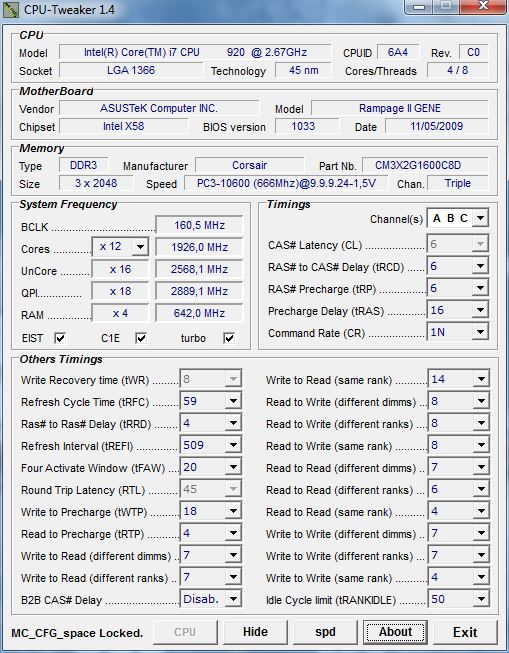 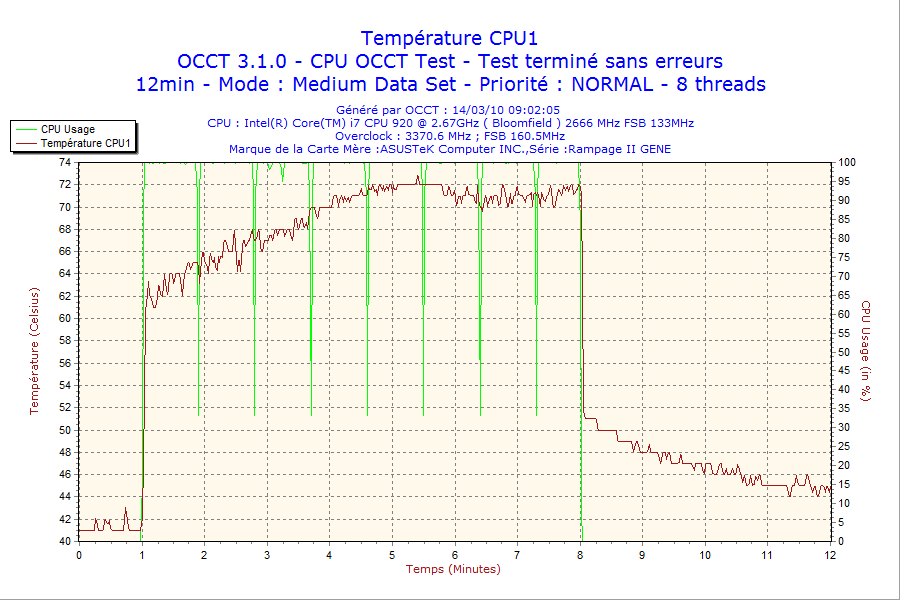